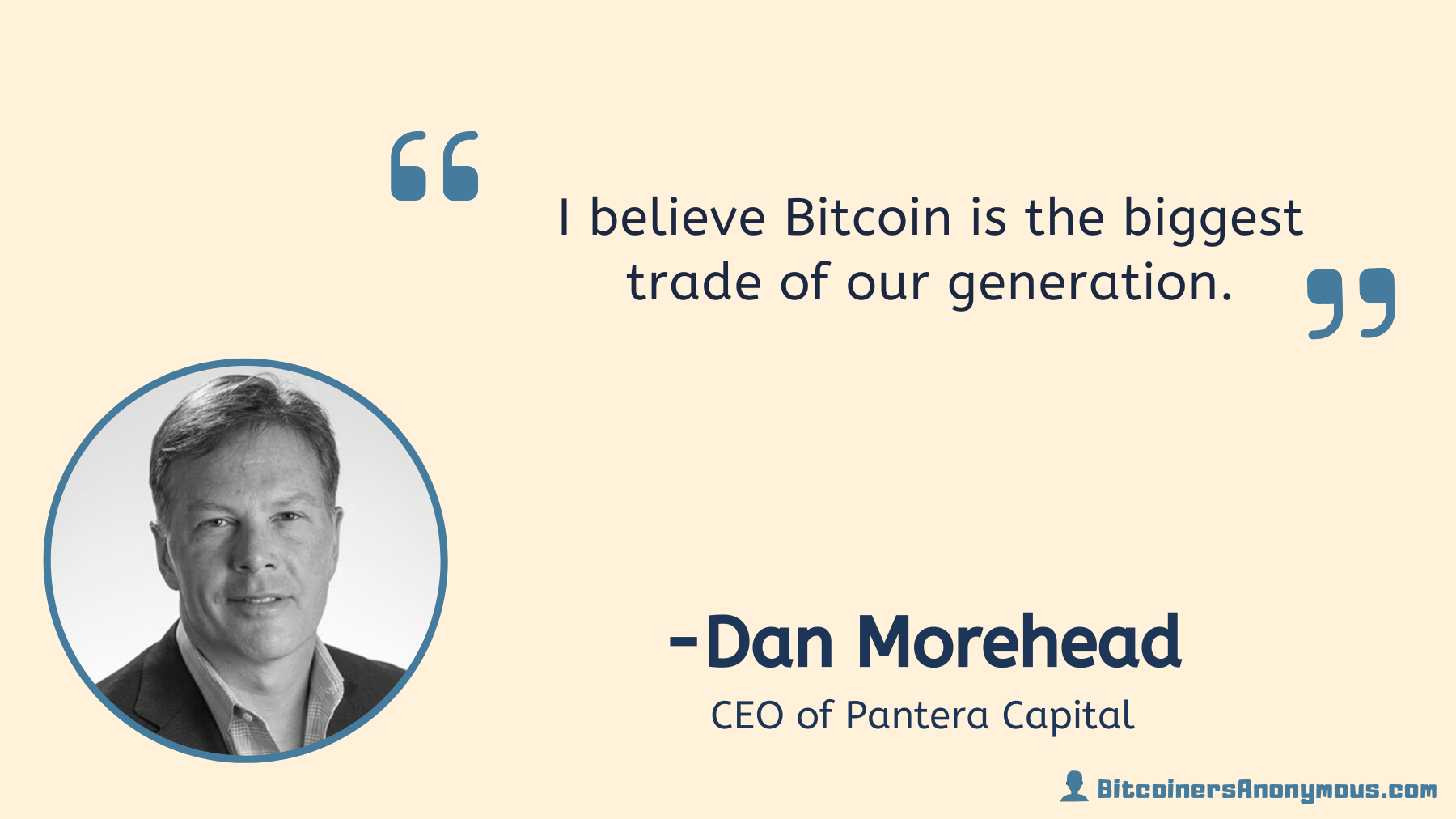 Dan is the founder and CEO of Pantera Capital which focuses on Bitcoin. Dan previously was the CFO at Tiger Management.

Dan also has traditional financial experience as an Executive at Goldman Sachs and Deutsche Bank. Dan is on the Board of Directors at Bitstamp, a large Bitcoin Exchange