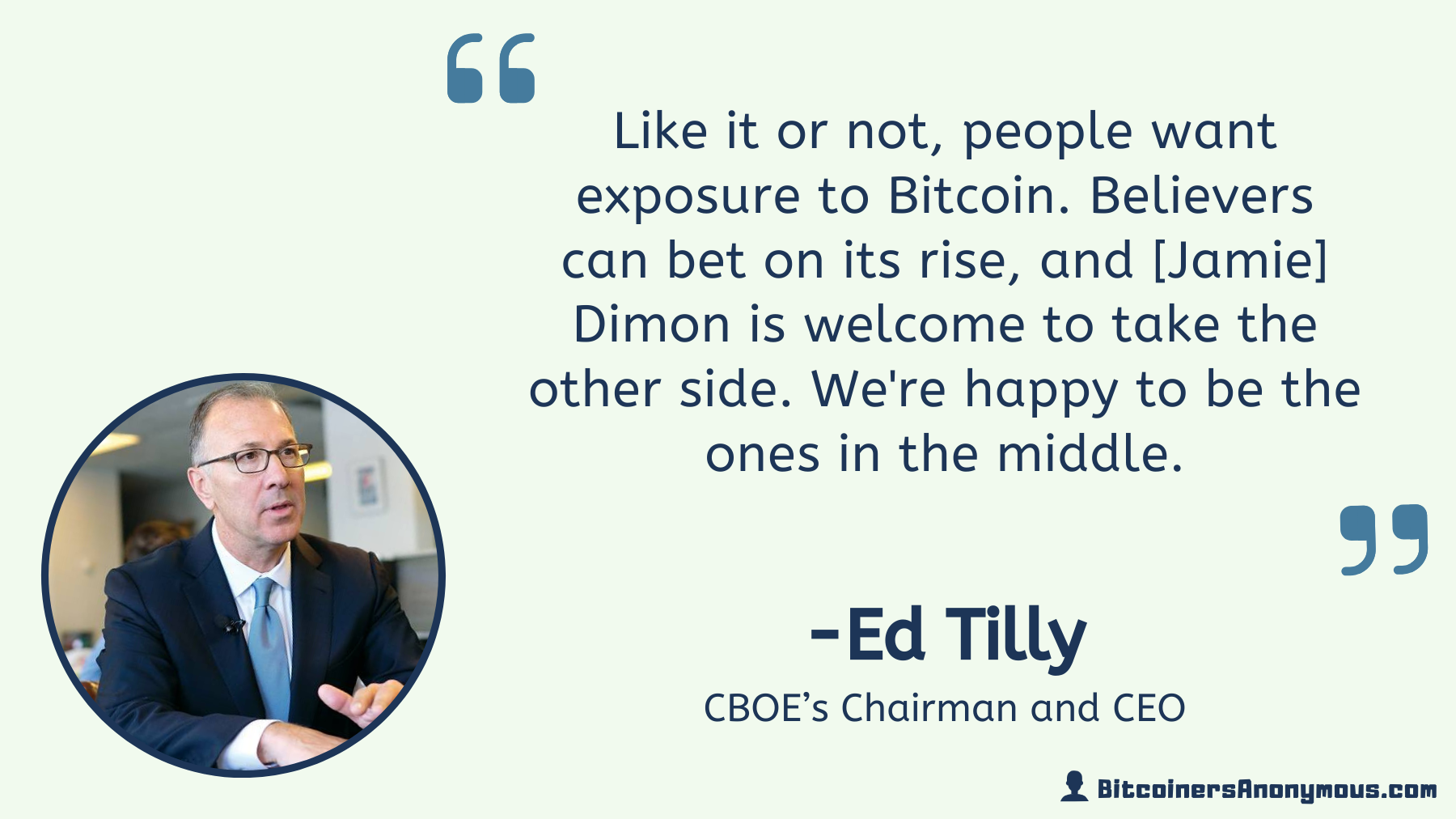 Ed Tilly is the Chairman and CEO of CBOE Global Markets. He started this role in February 2017 replacing William Brodsky.

Tilly came to CBOE as a trading floor clerk in 1987 and later became a floor trader and CBOE member.

Tilly currently serves on the board of directors for Northwestern Memorial HealthCare, the OCC and Working in the Schools and on the Board of Visitors of the Weinberg College of Arts and Sciences at Northwestern University. Tilly is a member of the Economic Club of Chicago and the Chicago Club. He received his BA from Northwestern University with a degree in Economics.