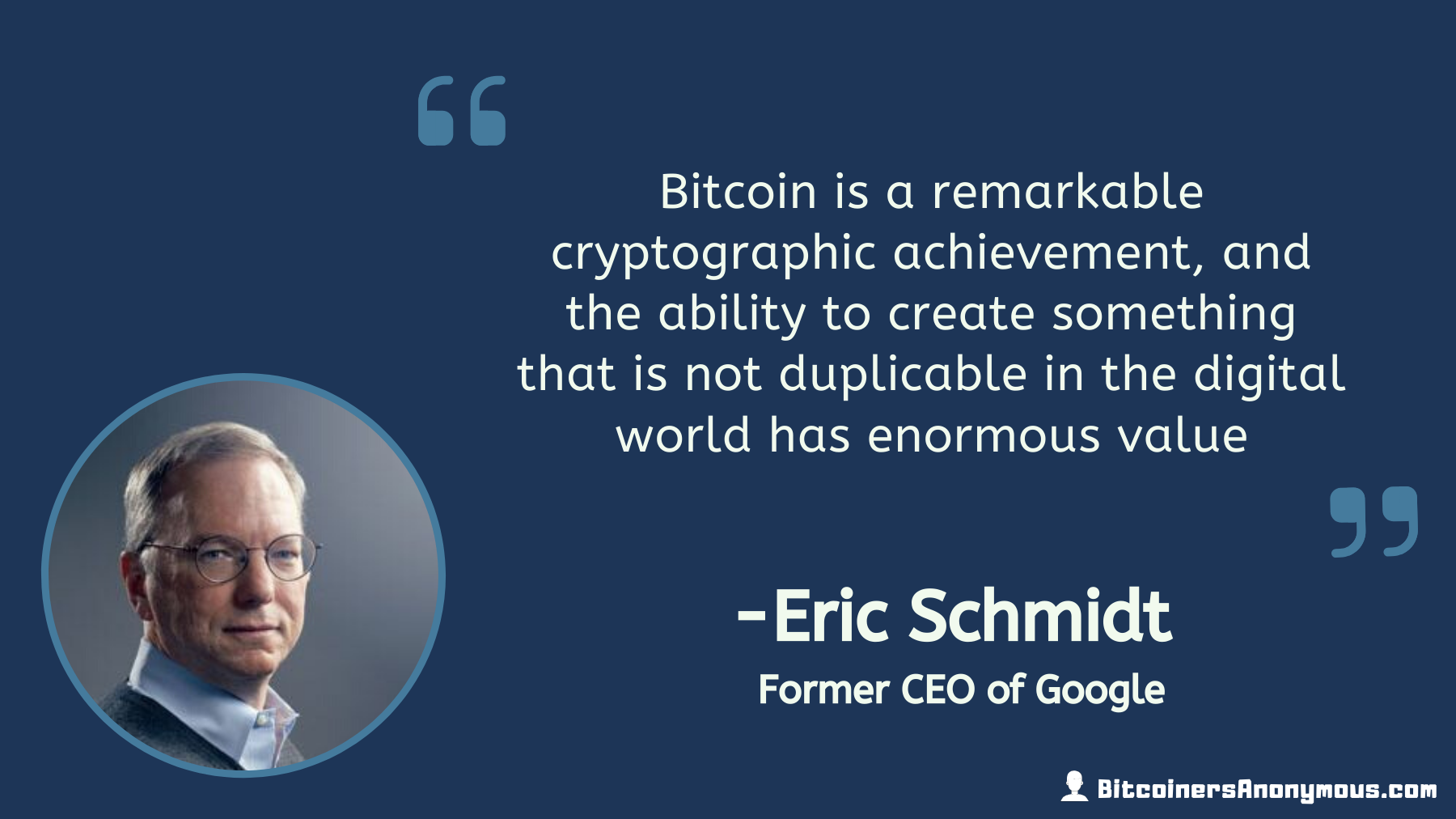 Eric Schmidt is an American Businessman and Software engineer. Most well known for being the CEO of Google from 2001-2011. Forbes ranked him as the 119th richest person in the world. He’s currently serves as the chairman of the US Dept of Defense’s Defense INnovation Advisory Board.

Schmidt was first introduced to bitcoin in 2011 by Wikileaks founder Julian Assange. In a five-hour interview Assange posted on Wikileaks, Assange urged Schmidt to embrace bitcoin “because it’s going to be valuable someday.”