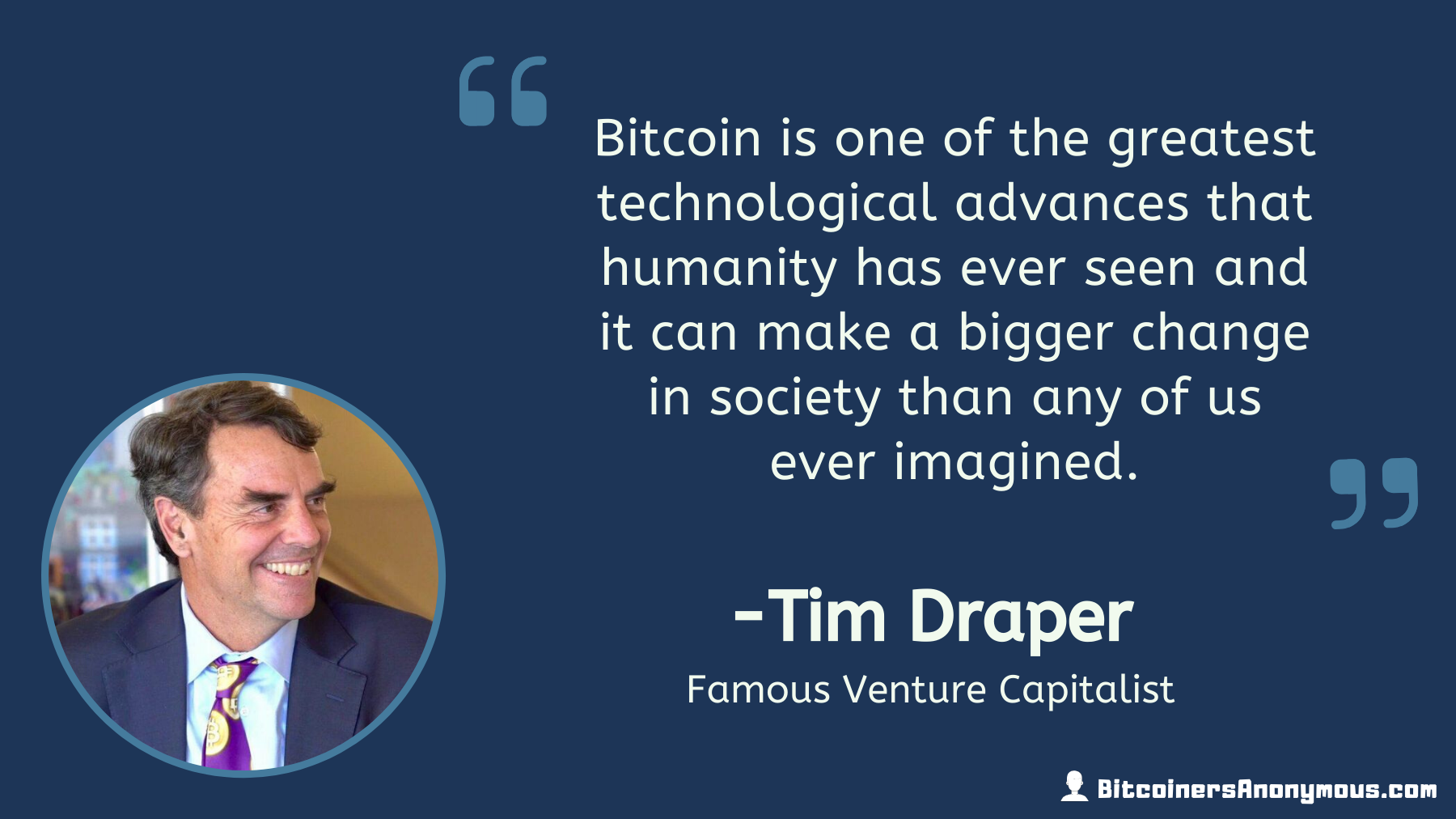 Tim Draper is an American Venture Capital investor and founder of Draper Associates and Draper University. Tim is looked at as one of the most successful venture capitalists in the world.

Draper received his bachelor’s degree from Standard and his MBA from Harvard.